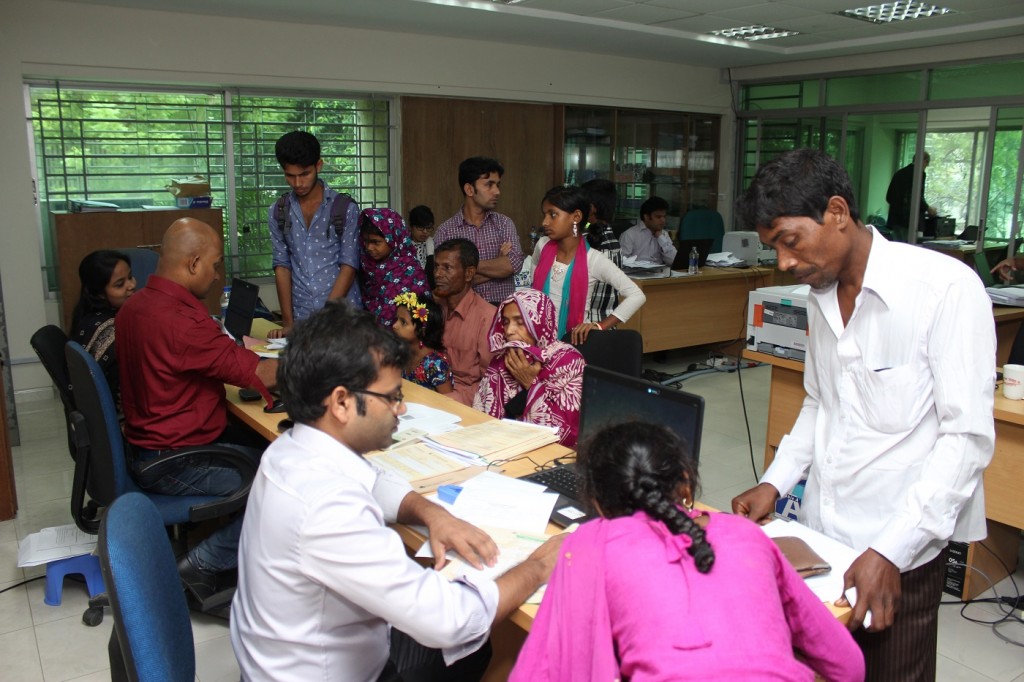 This update provides an overview of the work carried out by the Tazreen Claims Trust in November and reports on the progress we are making.

The information in this update is correct up to and including the 12 November 2015.

The master list of deceased and missing workers has been finalised and has been cross-checked with government records. As part of the process of verifying names of workers registered as missing the TCA met with the National Technical Advisor of National Forensic DNA Profiling Laboratory (NFPDL), who confirmed details of 43 missing workers where a DNA match had been made. TCA is awaiting receipt of these details from the Ministry of Labour.

The master list currently contains details for 113 workers who are now confirmed as deceased victims of the Tazreen fire, including the 43 missing workers. The TCA is continuing its work in establishing current contact details for a small number of families.

Work to confirm the details of workers who were injured during the fire is continuing with the assistance of members of the Tazreen Steering Committee.

Pre-counselling advice to the families of deceased workers

All the families of the confirmed deceased and missing workers have now been contacted by lawyers employed by the TCA and provided pre-counselling advice and information on making a claim.

Claims relating to 84 of the deceased workers have now been submitted to the Tazreen Claims Administration. In total 292 dependants of these workers have registered claims.

This table shows the current status of claims registration:

Opening bank accounts for the eligible claimants and dependants

275 bank accounts have been opened for dependants making a claim

80 claims have gone under substantive review and outstanding issues are being rechecked.

The Tazreen Steering Committee met on 10 November 2015. The meeting addressed issues regarding the deceased and missing claims, the variance of numbers on the different lists of injured workers and the procedure each organization applied in collecting or making their lists. The members present in the meeting were also briefed on the current status of the work of TCA and the remaining work, stages and operational plans.

The Tazreen Coordination Committee met on the 16th November 2015. The meeting discussed ongoing administrative issues relating to the claims process and preperations for the upcoming third anniversary of the Tazreen fire. The Committee was also updated on recent developments in regard to fundraising.